The “what are the parts of a staircase called” is a question that has been asked many times. The answer to this question is stairs have three main components: treads, risers, and stringers.

The stair tread is the part of a staircase that you step on when walking up or down. They are commonly made of wood, metal, or plastic and can vary in width depending on their use. Different types have different styles- for example wide stairs may require larger treads to accommodate more people at once while narrow steps may be able to fit one person per stair with smaller treads. 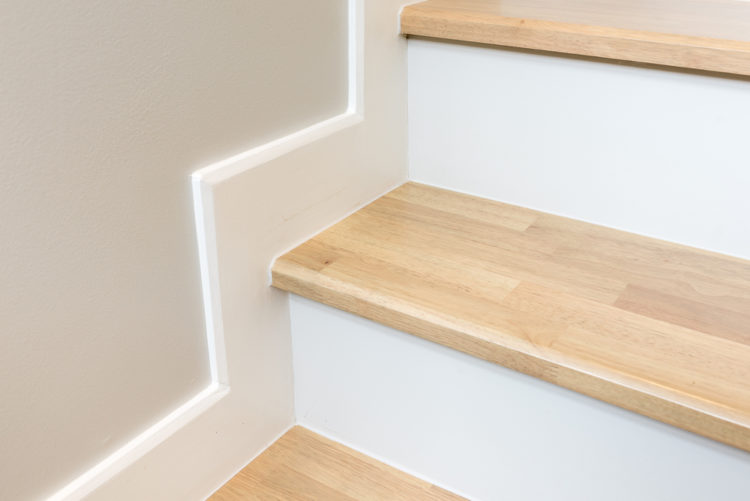 Have you ever looked at a flight of stairs and wondered what the stair tread was called? You’re probably not alone. Unless you work in the construction industry, you may not understand what a stair tread is when someone mentions it. What exactly is it, and why should you have one?

What is it, exactly?

In truth, a stair tread isn’t as difficult to understand as the phrase suggests. It simply refers to the portion of the stairwell that you are standing on. These treads are usually installed as one of the final elements of the whole installation on the steps. The strange thing is that the way the stair tread is made may make a huge difference in how safe it is to go up and down that specific flight of stairs. It may not seem to be significant at first, but it has a significant impact. Consider it in this light for a minute. Because the tread is generally not as deep as your foot is long, a stair tread that is overly shallow won’t provide you enough area to safely plant your foot. Imagine trying to climb a flight of stairs with the whole rear half of your foot dangling from the tread, unsupported by anything. Worse still, picture trying to descend the same stairwells without being able to secure your complete foot on the tread. The thought of having to go down a flight of stairs with just your ball of foot on each step is horrifying. It’s also a really risky situation. It greatly increases your chances of completely missing a step, which might easily result in a fall. This may lead you to imagine that the tread should be particularly deep, but this is also not the case. A stair tread that is excessively deep makes you feel as though you have to take two or three steps at a time to climb up each tread. This is due to the fact that you must take this massive step to get over the section of the tread that hangs over each step. To make steps safe, the tread must be carefully calculated so that it is deep enough for you to firmly lay your foot but not being so deep that it makes going up and down that specific set of stairs difficult. There’s a science behind it, no doubt. This is one of those things that math whizzes like since it includes a lot of geometry and other subjects that most people avoid.

Is there a Difference Between Risers and Treads?

Don’t be fooled by the two names; they refer to very distinct things. They are, nonetheless, inextricably intertwined. A stair tread is the section of the stair that you walk on, as you already know from the preceding paragraph. The stair riser, on the other hand, is the part that goes against the back of each step and determines the overall height of the staircase. The riser is the section of the stairwell closest to your toes as you’re climbing it. You don’t want the risers to be too short or too high, just like the stair tread. If they’re too short, you’ll have to climb the stairs in a series of little steps. Stair risers that are overly high, on the other hand, make climbing the stairs almost difficult unless you’re a fitness master. It makes it more difficult for those who have mobility issues, even if their struggles aren’t visible to others. Nothing puts your fitness to the test quite like a flight of steps. However, you would not want a set of steps like these in your house, and you would surely not want them in a public structure. They are not only difficult to climb, but they may also be prohibitive for those who already have difficulty moving about. The more harder it is to climb a step, the steeper it is. As a result, those with specific joint problems or other fitness impairments may be unable to ascend a steep staircase. Last but not least, steep stairwells are hazardous. They’re almost an accident waiting to happen, just waiting for someone to make a little error and send them sliding down the whole staircase. As a result, it’s advisable to include treads and risers of an appropriate length and height so that you don’t have to deal with these complications as a result of a design mistake.

Is it Necessary to Have a Stair Tread?

Now that you’ve figured out which one it is, you may go on to the second portion of the question. Is a stair tread required? You really do, as it turns out. It would be almost difficult to create a whole set of stairs without a stair tread since it is the section of the stair that you walk on. Similarly, many localities have minimum stair tread and riser requirements that are included into the building code. Buildings that do not comply with these regulations risk being penalized a considerable sum of money. They may even be turned off in certain situations. Everything is intended to make stairwells as safe as possible. Obviously, the higher the stairwell, the more severe these regulations must be in order to reduce the risks of someone falling when at or near the top of the stairwell. At the end of the day, people want their stairs to appear attractive while still being practical in their homes and public places. It is certainly feasible to build a set of steps that is pleasing to the eye while also avoiding placing people in danger. The objective is to combine creative design with sturdy, safe construction to produce something that enriches the structure while also making it simple and safe for people to use.

A stair tread is a piece of wood or metal that is placed on the edge of stairs to provide a surface for people’s feet and to prevent accidents. The “standard stair rise and run” is the most common type of stair tread.

A: Yes, stair tread controllers are necessary to complete the game.

What is stair tread?

A: This can be referred to figuratively as a “stair step in the context of an intellectual property law case. In this sense, it refers to one specific musical composition or work that there is copyright protection for and which may not be duplicated without permission from the copyright holder.

Are stair nosings a legal requirement?

A: In Canada, no. However, in the United States there are laws to protect people from unsafe buildings and stair nosings fall under that category.

14 Types of Forks to Impress & Enhance Any Meal